How Drama builds character on and off the stage

Drama allows boys to explore unfamiliar territory, ideas and emotions through acting and play. It exposes them to new ways of thinking and encourages them to question and evaluate the actions of others. While your son may not be the next Hugh Jackman, Drama can help him build character on and off the stage by giving him opportunities to create, think, make, judge, challenge, and face his fears.

With this in mind, we look at how Drama builds character on and off the stage.

Human experiences are explored, shared and enjoyed through Drama. Students are encouraged to empathise, analyse decisions, perform with confidence and use non-verbal cues to communicate effectively on the stage; all of which builds character off the stage.

We take creative and performing arts seriously. Trinity Grammar School provides a rich cultural environment enabling boys to recite their stories and express the intangibles of life. The Year 7 Drama Club focuses on developing skills in play-building and improvisation. The Years 8 to 11 Drama Club focuses on performance in external competitions like the Globe Shakespeare Festival and the City of Sydney Eisteddfod.

At Trinity, we have guided boys to grow in mind, body and spirit for over a century, and we know what boys need to truly flourish. To experience the Trinity difference for yourself and to learn about the excellent opportunities on offer at the School, register for our Open Day: 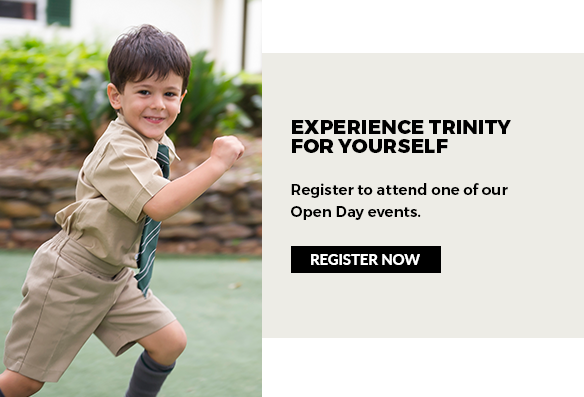